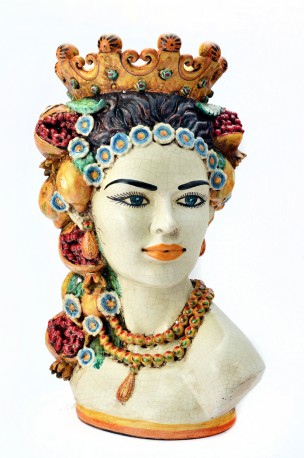 Directed entirely by hand in ceramic, with a magnificent decoration of fruits, triple cooking. A unique and majestic craft piece. A bust of absolute grace painted by hand.

The Moors were members of the Muslim people of North Africa, of mixed Arab and Berber origin. In the 8th century, they were converted to Islam and established power in North Africa, Sicily and Spain, where they established a civilization (756-1492).