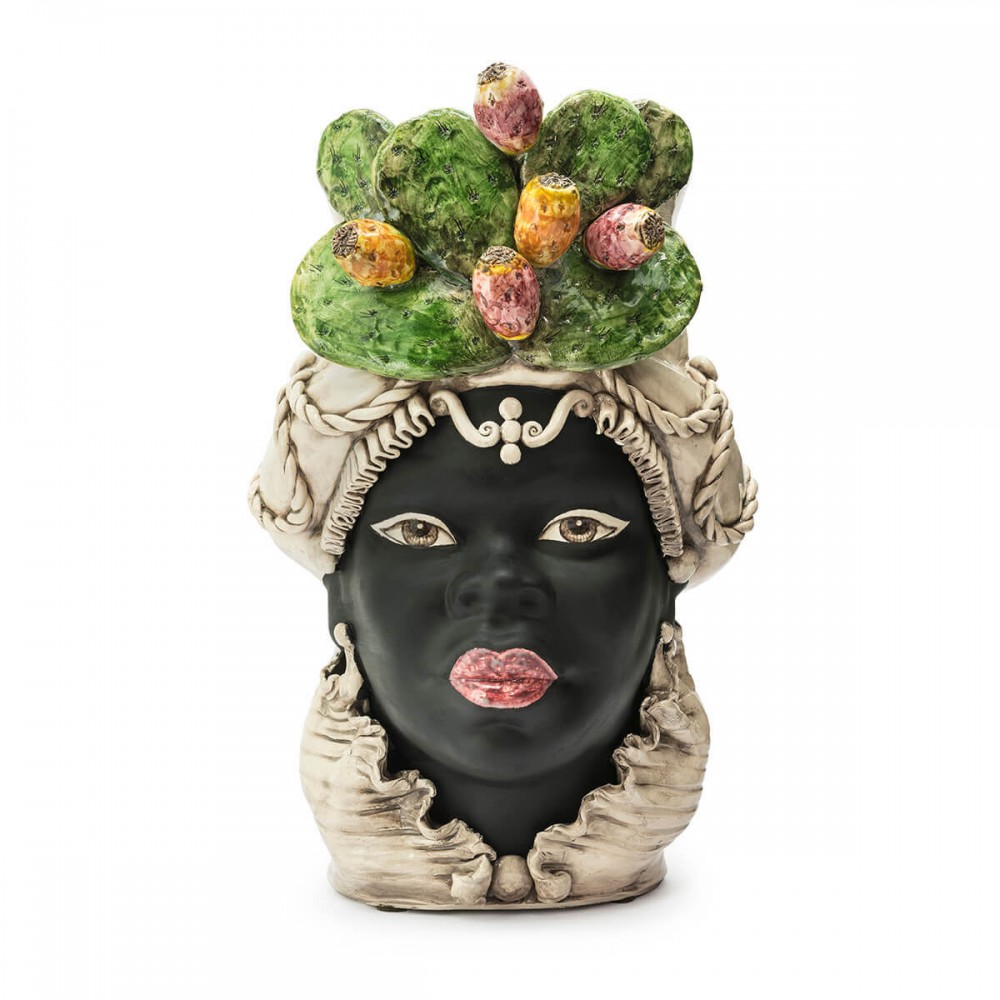 
Woman Moor Head Vase made in ceramic with Prickly pear, made in Sicily - Italy.