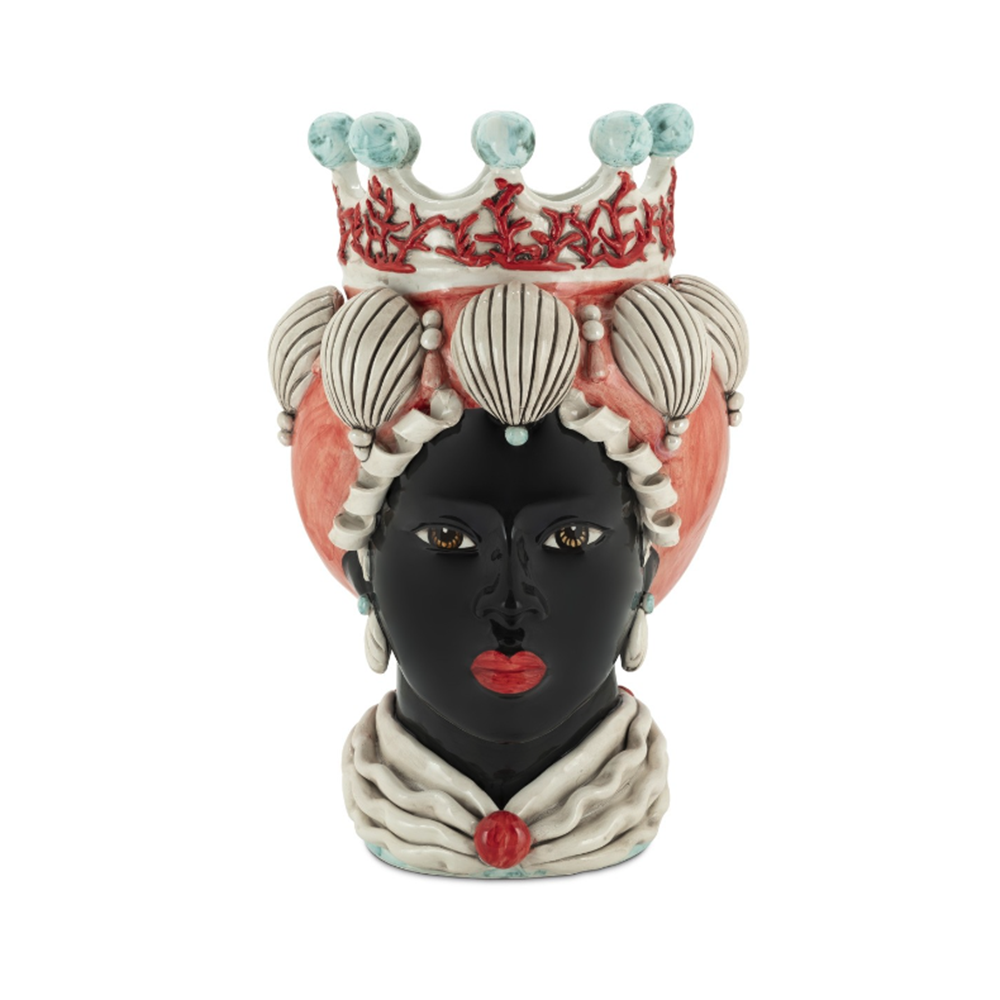 
Ceramic vase, head of a Moorish woman, a traditional Sicilian achievement - Italy. This magnificent vase is produced and painted by hand in Caltagirone in Sicily and distributed exclusively by Arteslonga.

Handcrafted in ceramic, double firing. Entirely made and painted by hand in Caltagirone (Italy).

Worldwide Delivery (Outside the EU Zone): Contact Us for a Price and Delay