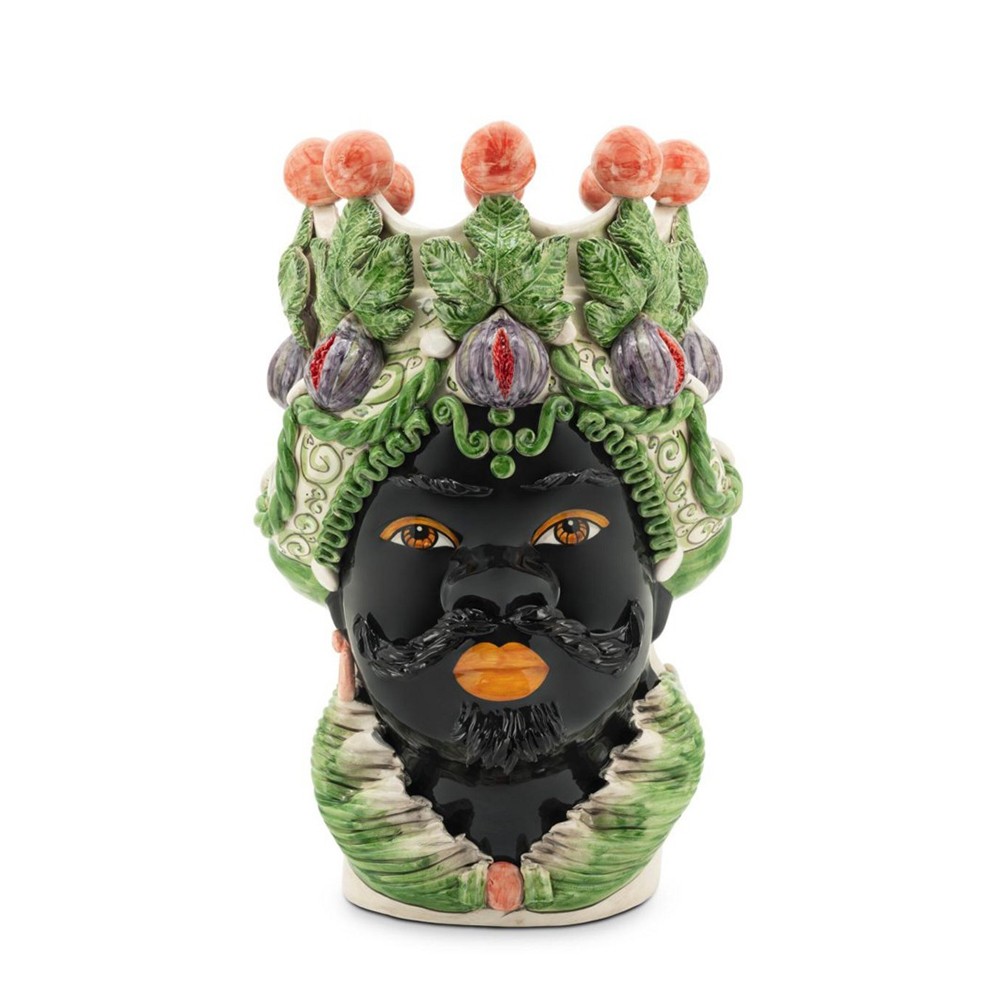 
Ceramic vase, male Moor's head with representation of figs, made entirely by hand in Sicily - Italy.

- France Delivery (Out of Corsica and Dom Tom): 2-3 weeks